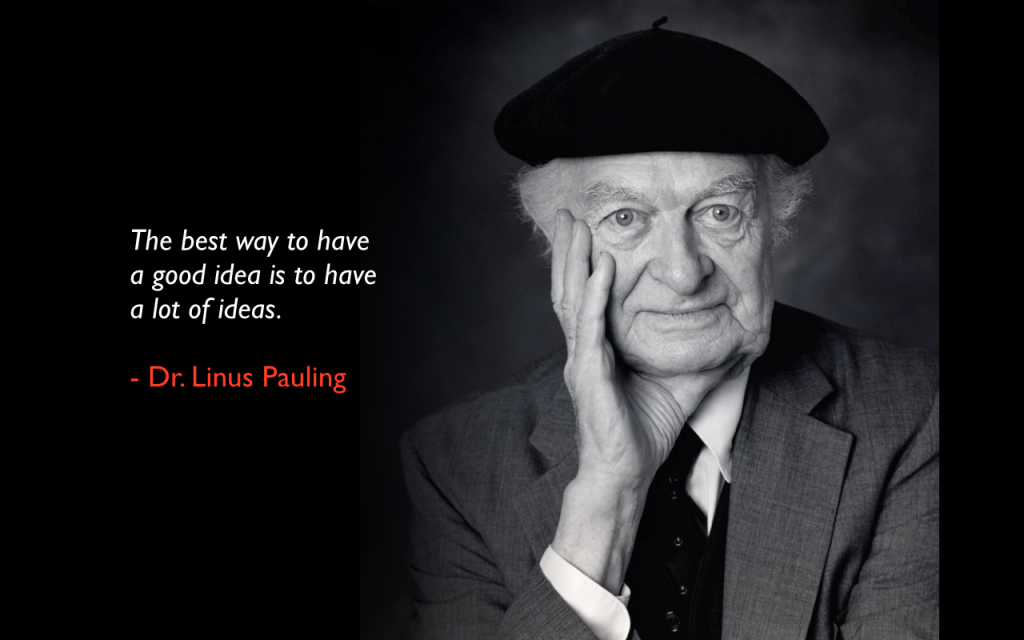 While I was working as an Innovation Strategist I realized that we had close to zero ideas coming from any area of the business except our own. We were part of a much larger organization that also had an innovation lab so I asked them what they were experiencing. They said they were giving out t-shirts and days off for ideas. I asked them what their results looks like. They weren’t getting much either.

Then I read Daniel Pink’s book, “Drive” and I went in a different direction. What if people weren’t inspired by t-shirts and days off, instead they were inspired by contribution?

Since I love cheap tests to see how close to being right I am, I went to HR to see if this had been tried before. They completely crapped on the idea. Now I’m certain I’m on the right path. Next step, talk to people in the company that were close to customers. I said I’m considering one of three options, which would get them most excited.  For each idea they came up with they could have either a t-shirt or points that they could use to buy things at the company store. The response was underwhelming. I then gave a third option: for each idea they submitted, if it was selected, they would be pulled out of their current team, reassigned to the product teams, and would work on turning their idea into reality. Once complete they would return to their current roles. It stuck, people lit up when they had the chance to contribute.

I didn’t get it approved and I left the company a year later. The challenge to implementing it will be back-filling people as they temporarily move to product development. Counters to this could be “learning organization” and “the company sees this as important enough”.  Maybe that’s enough.