I’m attending Digital Hollywood LA in Marina Del Rey. Although the weather has been chilly (I call it cold) the sessions have been eye opening. I came out here thinking I’d be a pariah – the IPTV guy in the middle of the status-quo. What I found instead was essentially everyone looking for way to increase distribution, 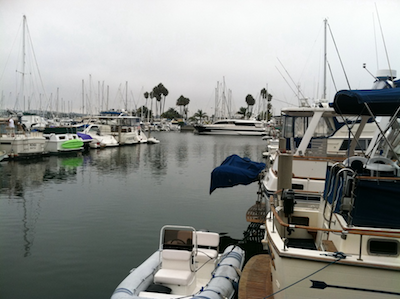 support advertising and better target consumers with that advertising. I came also out here to discover what the entertainment industry really thought of the disruption taking place in Internet TV thinking that most would be looking to extend the existing model. That was a bad assumption. Instead, the disruption is being embraced head-on. There are of course the questions revolving around how to monetize the platforms but nobody is really fighting the shift and the conference really feels like “how do we deal with the end of cable?” Almost every session I’ve been in has been about multi-screen distribution across mobile, tablet and Smart TVs. I’m getting ready to head into the third day most of the sessions I’m attending revolve around internet video and TV 2.0 programming. The trip out here has been well worth it. I’ve met several potential strategic partners that I’ll be following up with in the next week. What was unexpected however was the unintentional discovery of a potential competitor. By piecing together bits of other conversations I’ve found that a leading brand is probably creating a platform for indi-producers and is quietly booting people off their parent platform. Not quite what we’re doing with our platform but I see this as validation that the industry is moving away from typical cable distribution and towards internet TV. With this development, combined with the rest of the discussions I’ve been having with people, I’m more convinced than ever that we’re on the right track with our platform development.

And now… off to more sessions.