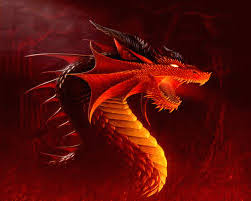 This post is a little different. It’s about earning self-respect. Respect from others comes from winning or being honest even when it runs against your best interests. Self-respect is earned from winning over yourself. It comes from honest introspection, recognizing your own dragons. And then slaying their asses.

This week my wife called me a ‘chronic procrastinator’ and in a sense, she’s right. I put off the shitty tasks and do the fun stuff. The brain challenging, can I figure this stuff out kind of work. The mundane, every day, boring, administrivia crap? Nope, not for me. But if you let the administrivia go long enough, you’ll die under the weight of the un-done. How did I beat it? I discovered a little book called One Small Step Can Change Your Life. The premise of the book is that your brain puts up defense mechanisms to protect you from pain. Ok, I can definitely relate to that. Unfortunately, there comes a time when the pain of not having it done overwhelms the pain of not doing it.  Then you have to put in the Herculean effort of putting all the fun stuff aside and knocking it out. Taxes are the obvious one. Going to the damn dentist is another. But there’s a trick to all of this that the book points out. Take the big-hairy-I-don’t-want-to-do-it-thing and break it down into the most minuscule of tasks. I’ll take an example we’re all familiar with: writing a term paper. For me, I wrote these the night before it was due. What I turned in sucked and was just enough to get me at the top of the class. But it was excruciatingly painful. Today I do a lot of systems analysis, a lot of research and detail work. Fun? Nope. So what I do is break it down into tiny, insignificant tasks. My brain doesn’t throw up the warning signs saying it’s going to be painful to pull this together and instead, does each tiny task. The result? Great work, delivered early. Essentially what I do it look at what needs to be delivered, decide f it requires A, B, or C level work and then break the deliverable into sub-tasks accordingly. The higher the grade of work, the more sub-tasks I create. If it’s C level work, I create a handful of quick, easily completed tasks and get that shit off my plate. If it’s A level work, I create a lot (a shit-ton actually) of low-level tasks and prioritize them. Understand a client’s systems? Identify the players and their roles, talk to them, get their perspective, take notes. From there you may come up with 150-200 follow up items. But the secret here is that each of those are miniscule. Make a call, talk about X, write down Y. All stuff that doesn’t trigger your brain into thinking that the thing you’re working on is a damn mountain. Before you know it, you’re at item 200 and you’re done. It’s ridiculously easy. Every time you catch yourself starting to procrastinate on a particular task, it’s because you’re working on to many itms all at once and you’re not thinking small enough. Break it down more. Spend an hour each morning making the smallest, most innocuous tasks imaginable. If you’re a “chronic procrastinator” you’ll have this dragon beaten before you know it. And well before your brain can throw up a barrier for you.

For me, this was my last real dragon to conquer.