I’ve recently started St Pete Open Coffee which meets weekly at Kahwa on 204 2nd S in downtown. Why? Because I’m sick of hearing people say “I didn’t know that was going on or I 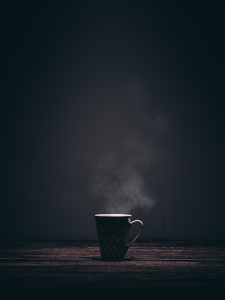 would have come.”  Who knew that BitPay was in downtown St Pete? How about Squaremouth, one of the fastest growing travel insurance comparison websites and recently voted as one of the top 20 places to work in Florida? That’s here. Iron Yard is here too.

St Pete Open Coffee is a consistent place and time where developers and entrepreneurs can bump into each other and learn about what’s going on in St Pete. Think of it as Steve Jobs’ concept of “unplanned collaborations,” how people unexpectedly ran into each other that they hadn’t seen for months, and the often dramatic creative output that resulted. Now apply that specifically to developers and entrepreneurs and you’ll understand the concept behind St Pete Open Coffee.  The real Open Coffee Club went a bit further but this is early stage and maybe we get there, maybe we don’t. But it wants to get started.

Update. And.. then I killed it. Because apparently it didn’t want to get started.  And mainly real estate brokers showed up. Srsly.