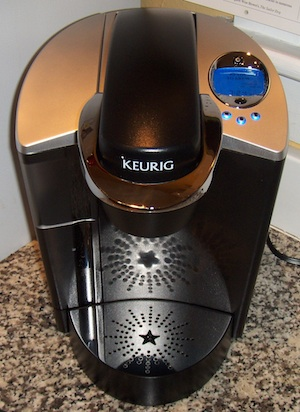 With the weekend wrapping up I’m finally, back home. With all partners present and working for the entire weekend I can honestly say this much: there’s a great chemistry between us. To me, that’s the most important part – we can overcome anything but personality conflicts. They’ll rot the team and you’ll get nowhere but pissed off. The “no asshole rule” is now in aeffect.

I also had time to finish Seth Godin’s Poke the Box. Typical of Seth, I got about $5k of value for about 5 bucks in the Kindle store. One thing that really stood out was the contrast he drew between “flux” and “risk.” Flux is all the stuff going on around us. Risk is the potential of failure. He goes on to explain that the real risk is in not doing something new, of not jumping into the flux and building something. Anything. And do it now. I highly recommend the book and it’s only a few bucks.

Even on a limited budget for the next 18 months I went and splurged on a Keurig. I figure between my girlfriend and I we spend about $6.31/day on coffee most days, on some days we’re as high as $10. The Keurig was on sale at Macy’s for about $140 so I should be at break-even between 14 and 22 days.  Not only that but it takes me about 10 minutes to get to Starbucks and back so I’m also saving an hour a week that I can put towards getting the company up and running.