Home Bang Head Here Why “If it ain’t broke, don’t fix it” is complete bullshit.

Why “If it ain’t broke, don’t fix it” is complete bullshit. 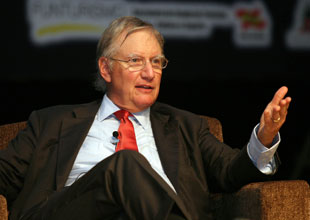 The only Tom Peters book I own is Re-imagine! from 2003. The biggest lesson I took from this was that business was expanding exponentially from decade to decade. At the beginning of the Industrial Age we were a massive manufacturing labor force. Today, due to innovation in both technology and business models, the inverse is actually true. One of the benchmarks of performance is employees/revenue, and the hands-down winner of this, I believe, is Craigslist.

In the early 2000’s we were accustomed to long software development times, huge up-front cost outlays, and if we were lucky, something that was close to what we wanted. Sometime after I’d read Re-imagine! I told the head of SDLC initiatives that we would need to decrease our development time from 9 months, to 9 weeks, to eventually 9 days. I got laughed at. He was a “ain’t broke, don’t fix” kinda guy.

In 2015 I attended a meetup heavily attended by PMPs but the topic was around Agile Adoption and how it accelerated delivery and improved the interaction between the “business” and “IT” (hint: both groups are “the business”). I sat next to a CFO-type who I don’t believe listened to one goddamn word the panel said because he asked “What’s the ROI of adopting Agile?” I don’t believe that’s the right question. Look around you, are your competitors learning to execute for their customers faster and more effectively? With shorter turn-around times and with higher customer satisfaction? If the answer is yes, then you go figure out what the ROI of Agile Adoption is. Stop using the “What’s the ROI of…” argument to duck change. Do your damn job.

Through the use of tools like Sketch and Invision we can get MVPs in the hands of prospective clients in a matter of hours to get their feedback. Can we conceptualize and iterate on a day-to-day basis? I don’t see why not, it may already be here. But if many people continue to adhere to the ain’t-broke-don’t-fix mentality, they’ll get left far behind.

By the way, I got the last laugh, he’s no longer in charge of SDLC and the organization is beginning to deliver in 9 day increments. Although I had nothing to do with that transformation, that’s mainly due to @iamagile.