Home Bang Head Here Know the difference between kicking the ball around and scoring a goal.

Know the difference between kicking the ball around and scoring a goal. 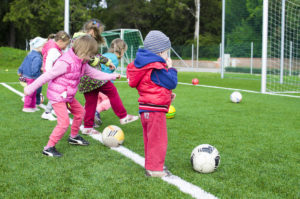 In one of the recent podcasts I listen to the statement was made “…people just don’t know how to think…” and I’ve been struggling with identifying this for a while. One company I worked for, you could just see the decline in YoY profitability, yet they were on-boarding people (because the solution didn’t scale but that’s another post) at a tremendous rate. I characterized them as having a triangle shaped hierarchy – a lot of people in management positions but relatively few doing actual work. At some point there would be just one poor schmuck at the bottom doing everything. You could see it, it was obvious, yet behaviors didn’t change. They literally looked like a bunch of 5 year old kids kicking the ball around on a soccer field. After unsuccessfully trying to point this out for a year, I decided to get the hell out. From the same podcast “..my dog is a genius [compared to these people], he knows what he needs and goes and gets it…”  I’m baffled why people don’t understand what makes it profitable, and focus maniacally on those few things.