Critical to any organization that is attempting to grow is a flow of ideas through that organization. This first hit me when I was reading “One Up on Wall Street” by Peter Lynch several years ago. Somewhere in there he describes that if he made 1000 investments, ten would break even. Of that ten, only one would perform well, so well in fact that it would pay for all of his other investments. It’s a 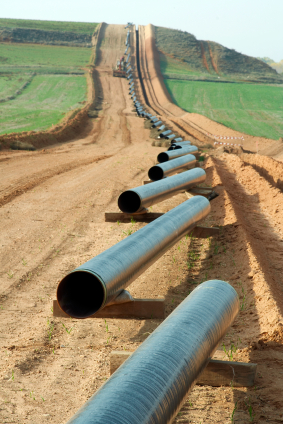 similar situation for innovation, you generate thousands of ideas but only a few will pan out. Of those few an even smaller percentage will perform above expectations and pay for everything else. The problem is that you can’t predict where these ideas will come from. Flashes of brilliance can come from anyone and at anytime, you just can’t predict either. Therefore you need a process to enable these ideas to progress through the organization while along the way they are supported and enhanced by other disciplines such as Finance, Marketing, Sales and IT.

If today you don’t currently have a systematic process (having a suggestion box doesn’t count) to allow ideas or suggestions to move through your organization, here’s how to start roughing one out. First, what objectives do you want to accomplish; process improvements, new products, cost cutting measures, or all of the above? Second, what are these ideas worth to you and the organization? If you can’t put a dollar figure on them then the chances are your employees won’t value their own suggestions either. If however you’ll cough up $1,000 or more for each idea that gets to production you might be getting somewhere, especially if that idea becomes a new line of business worth several million in annual revenue. Place your highest rewards on what you considered to be the most important objectives you wanted to accomplish.

The suggestion process – this is where things can get bogged down. If it’s made too complicated then the level of effort will be to great for people to take the time to submit the idea. If it’s too simple you’ll get ideas like “let’s start making beer” which is fine if you’re a brewery, a bad idea if you’re an insurance company. In my opinion the submission should be two sections:

Keep the financial data out of it for now. Yes it’s important but for reasons I’ll cover in future posts, you don’t want to start there.

One of the most critical components (probably the most critical!) is the team reviewing the ideas. If you staff it fully with operationally oriented people, any new ideas you get will be met with ‘what about…?’ questions. This will kill new ideas. If you staff it with ‘what if…’ people then you’ll get some very off the wall stuff.  Instead staff it with a mixture of ‘what if…’ people and ‘what about…’ people to balance each other out. This will be covered in future posts here as well but the important part is that ideas (aside from “let’s make beer”) do not get killed off. They are put ‘in the parking lot’ for future review, they are re-submitted with more information, they are placed into the queue with the rest of the business changes, or they are fast tracked. For any of those, let the submitter know immediately, preferably along with a small cash reward, or time off, or whatever you’re using to compensate people.

Next is the actual process to get vetted ideas moving. This is another critical juncture and one where you may start to see the ‘not invented here’ syndrome preventing things from moving forward. It’s where ideas and suggestions start getting some structure and where financial models are applied, product development plans are impacted and infrastructure changes start being recognized. Weekly status reports should help the ideas continue to progress through the organization, I’d recommend them highly.

Let’s try this with an example.

Say someone in your organization had the idea to stop buying paper towels for all the bathrooms and replace them with Dyson Airblades, where would that person start?

Next, this idea goes to the Review Team. For this example the team should actually assign it to someone to figure out how much is spent every year in paper towels. At that point you can’t reject the idea, compensate the employee based on how you rank cost savings suggestions. It’s probably not feasible to figure out how much power is used by regular air driers but Dyson does state that they’re 80% more energy efficient and gives you a quick web interface to estimate your cost savings. Each Airblade is about $1,200 so if you need six that’s $7,200 without installation. If you’re spending $6,000 a year on paper towels then you’re looking at a two year ROI. Sounds like there’s something here so put it in someone’s hands to oversee, demand weekly reports and push it through the organization. Once it’s installed I recommend additional, and larger compensation for the employee that suggested it. Don’t kill your ROI (unless you’re trying to make an example!) but If you’re saving $4,000 in your second year you can probably afford $200-$300 this year.

That’s it. Although this is a simple example you can probably extrapolate to larger efforts and larger benefits. Future posts will cover compensation options, refining the submission and review process, recognition for your best idea people, as well as teaching the rest of the organization to look at everyday things with a more critical eye.