Home Innovation The Chemistry of Teams

The Chemistry of Teams 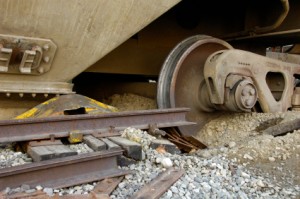 Often overlooked when putting people together, the ability of individuals to communicate and cooperate often times determines the success of a venture more than  their work experience. In many environments ‘teams’ of people are assembled with the assumption that ‘team work’ will carry the day and something useful will come out the other end. My own experience has show that this produces random results, you need to hand-pick a small cross-functional team from a cadre of volunteers to increase your potential for success. Not everyone gets to participate but one disengaged or confrontational personality in the team will be disastrous. An entire chapter, ‘The Chemistry of the Creative Team’ was dedicated to this subject in  ‘Making Ideas Happen‘ by Scott Belsky. In that chapter is a particularly important sentence “…strike a balance between flexibility expectations, idea generation and execution, and helpful disagreements and consensus.” The team needs to be composed of equals – each has their own specialty but must be comfortable expressing themselves and their own opinions without being in a position where they feel they need to support the boss.

In my opinion, ‘how’ people interact is often a better predictor of outcomes than ‘what’ they have worked on as individuals in the past. For innovation teams this can be even more of an issue as you’re often times working in ambiguous circumstances with tight deadlines. In these times an individuals character will show it’s flaws and it’s brilliance. Teams like this do not just fall together, you need someone that understands the relationships between the team members, as well as how to get the best of them when the shit hits the fan. If you end up with a bunch of individuals or an overbearing ass, results will be poor and the innovation projects and team will come off the track.

How do you start building these teams? Within almost any organization there are usually clumps of people who are involved in outside projects. Some may be working with non-profits or some may be working on the next great thing. You may also have stealth groups working within your organization that were formed to bypass the bureaucracy and just want to get things moving.  Don’t kill these! Put a fence around them, protect them, fund them and put ’em on the spot to deliver a proof of concept or a full blown model. Most will be more than willing to produce results, that’s why they went underground in the first place.